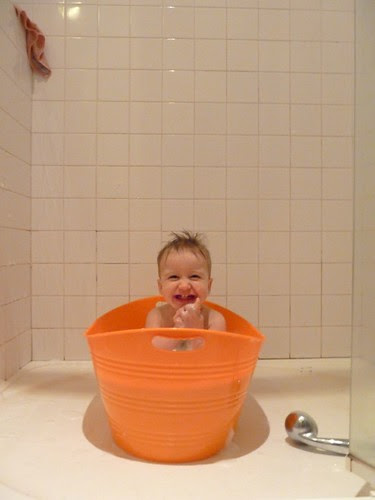 Probably the worst argument against having kids ever produced.
Posted by franzy at 5:44 AM 10 comments:

Along with "Cool Guys Don't Look at Explosions"

Far be it from me to simply re-blog a good line, but this one from an opinion piece (which The Age has apparently re-blogged from The Guardian anway) requires dissemination, praise and envy. Here, the writer is thinking about remakes and shark movies and comparing the near-perfect Jaws with Open Water, which I didn't see because I thought it was about Moses:

"The long and the short of it is: you don't send a bunch of five-metre, slightly-out-of-focus great white sharks to do a humongous eight-metre mechanical shark's job. It's a basic rule of cinema."
Posted by franzy at 10:04 PM 10 comments:

If you are not sure if you've called the right number, then you haven't.

Rule #75.b
If the reason for your call takes longer than 10 second to explain, you are a wombat-faced buffoon with no cognitive filter between brain-stem and mouth.
Remember to water yourself periodically.
Posted by franzy at 11:18 PM 3 comments:

Email ThisBlogThis!Share to TwitterShare to FacebookShare to Pinterest
Labels: league of morons, work

Haven't I said it all these years?! NAKED, I TELL YOU. (And a tool)

Although sometimes you can just wake up in the morning and sunlight shines a little brighter. With headlines like this, who needs breakfast?

Nothing fills the tummy like huge warm lumps of schadenfreude. Unless you sprinkle them with quotes from the article like this:

"Opposition to Mr Howard was so strong among the nations from the subcontinent and Africa that the move to make him president of the International Cricket Council did not even go to a vote."

AHA! No! Enough! Enough already! I couldn't have another bite! Please! I will relax with the sports sections now ... eh?

"Federer sulked. He sneered. He was ungracious, sarcastic. He made surly excuses when credit to Tomas Berdych was all that even his most ardent admirers wanted to hear. It may be going too far to suggest he soiled his legacy as the sport's greatest champion but this was excruciating to watch and hear."
Posted by franzy at 7:24 AM No comments: