Yes it takes that long. No we can't do it ourselves.

My personal hero Kath quit her job this week.

In an unrelated story, at my own workplace, I was arranging to send some students some important letters. Instead of using modern technology to print the letters and send them, we are now required to send them to another department whose responsibility it is to change the font and re-format the letters before they are sent out so that the letters have a different font and are reformatted. No other changes are made, nor required.

Please refrain at this point from pointing out any inefficiencies in this process.

Three days later, I received the letters back before they were sent to the in-house printers instead of being printed by the printer next to my desk.

When I sent the letters, the first line read

"This is to certify that John Smith of 10 Jones St, Smythtown has done a course ..."

When I received the letters back, the first line read

"This is to certify that John Smith, 10 Jones St, Smythtown has done a course ..."

Did you spot the difference?
I did.
I wrote back:

"Looks like somehow the font-changing process has removed a word, changing the meaning of the letter from a statement confirming that a person residing at an address has done a course into a statement meaning that somehow a person, a street address and a suburb have all somehow done a course.
Obviously a grievous error has occurred.
Please change it back as these letters are only for specific people and not entire streets or suburbs for that matter."

The reply came within the minute:

"I made the decision to remove the “of” as it does not not read correctly. "

See what you're missing, Kath?
Posted by franzy at 3:40 AM 5 comments:

Email ThisBlogThis!Share to TwitterShare to FacebookShare to Pinterest
Labels: league of morons, writing

I feel sorry for the leprechaun peddling

Last Xmas I got a remote controlled helicopter. I was the king of the world because I could fly it around the pole in the kitchen (mostly) without hitting Mele and making her angry.

This Xmas, Charlie has learnt a new word 'eeCop', which is a Germanically efficient way of saying "Show me some helicopter videos or a real helicopter or I'm going to scream until I get a collapsed lung"

So I got on uuChuuB.

Turns out I'm not practising enough.

Seeing as I'm breaking my oft-held rule about not just re-posting videos I find, I may as well also report the best comment from that site: "He's a Witch i tell ya!﻿ WITCH!"
Posted by franzy at 3:58 AM 4 comments:

Combine the two and "Jingle Bells" takes on new meaning

The League has new staff cars!

They're like those car testicles, yet somehow even more brainless. Although maybe not in the country where "Red Hot Summer Deals" are advertised on deep orange backgrounds with un-melted snowflakes drifting around. 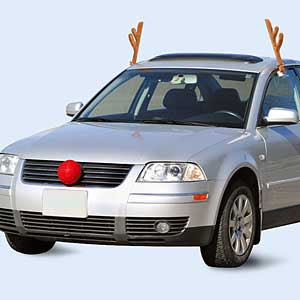 Email ThisBlogThis!Share to TwitterShare to FacebookShare to Pinterest
Labels: league of morons

"And then I dropped a stitch!"

Take two people who are intelligent, witty and outgoing. Both can tell an amusing story to a crowd with ease and have everyone laughing. Both can conjure up quips and one-liners on the run in a conversation by reading the situation and understanding the rules of humour and good timing.
One is male and one is female.

Why is the male then referred to, and remembered as, "a funny guy", and the female is always "Crazy!"?

I know the answer, it's a rhetorical question: it's because we still, as a society, fear and mistrust intelligent, outgoing females. Look at the etymology of the word "hysterical". Essentially, having a womb was thought to make you insane. This meant that hysterectomies were originally performed to treat female insanity - which itself was a very wide umbrella.

By the early 20th Century, women were allowed to use this word for "crazy" for occasions which were "funny". This was becoming necessary because as (white) women were slowly being allowed to vote and drive, this put them within earshot and they would, inevitably, do this "laughing" thing.
So "hysterical" needed to remain in broad use because it was difficult to tell whether a woman was laughing because she had heard a joke about about washing or embroidery or some such or if it was because she was just crazy as clown-shit and needed her womb removed.
Obviously, being too simple to actually be involved in the sophisticated world of adult male humour, women were not performing the same action as men when something was amusing. The very thought! Thus was the modern usage of "hysterical" born (there's some of that sophisticated male humour we were just discussing).

So remember girls, next time you're laughing at something, be careful, or you'll find yourself straight-jacketed and organ-robbed quicker than you can say 'bum-trumpet'.

And remember, everyone else: next time you think fondly about a female who you find witty and outgoing, are you thinking of her as "funny" or "just so crazy!"
Posted by franzy at 6:22 PM 3 comments: