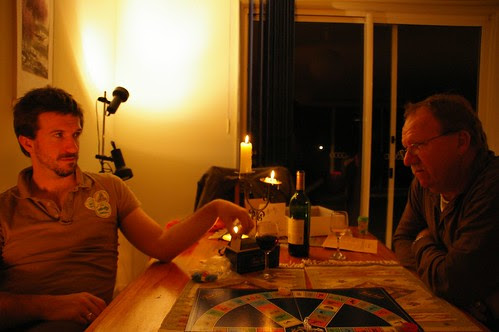 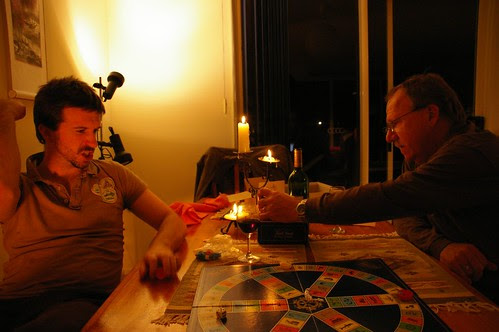 I suppose it's time I came clean:
Go to the Movie Lounge and watch Testimonial No. 1 (Second clip from the right).
Posted by franzy at 7:18 PM 19 comments:

Email ThisBlogThis!Share to TwitterShare to FacebookShare to Pinterest
Labels: advertising, embarrassment, employment is for chumps, movies

Hanging up new clothes to dry and crying with joy.

GTH - River - "If I had a dollar for every set of earbuds I've had to throw out because of one broken wire, I could probably afford to buy, oh, maybe one more set of ear buds." - 1 point and ThirdCat - "I love Roger Federer" MINUS 1 point! "... but I love Nadal more." PLUS 2 points.

He is dying. My constant companion is dying.
I hate headphones, but I have loved these ones. My lugholes are large and slightly downturned, so that consequently I have spent my life jamming undersized earbuds into my ear holes to make them stay (and no doubt making the problem worse).
These ... these headphones are different. These are soft, beautiful ear-goggles. Sound quality like a hammer made of solid gold glitter wielded by a funky god.
Yes - I have to endure walking the streets with a tyre clamp strapped to my head.
Yes - for some reason the cord is three metres long.
But it was worth it. I now have trouble hearing in ambient environments, but it was still worth it.
Once I was sitting at the bus stop and a bike courier almost flipped over the front handlebars stopping in front of me.
'Are those HD 457s?' he panted.
'Yes.'
'How are they? I'm really thinking of getting some.'
I actually took them off and let him listen.
'These are awesome!' exclaimed the quickie-post cowboy. 'Just like all the magazines say!'
I smiled, and readied myself to spring at his shaven legs, just in case he tried to burn off with my babies.
'I'm gonna get some right now!'
And he was away in a cloud of deep heat and urgent letters.

This is quite a regular occurrance. Men stop me in the street, dudes with black greasy hair and square handbags make complicated pointing gestures at our ears when I'm wearing them and I actually have to take them off if I'm ever going into Dick Smith (or any other business where Men Who Know A Thing Or Two About Sound Quality congregate). 'Oh yeah - my dad had Sennheisers ...'

Alas, the once-mighty HD 457s are dying. And perishing the worst kind of death for a headphone: the single earphone loose wire.
You start out noticing a lot of cross-fade in your music choices.
Then it develops into some very creative channel selection, bordering on the abstract, until ... that one day ... you know this song plays out of both ear phones ... you touch the plug ... the ear phone works ... then stops ... then works ... stops ... crackles ... works ... stops ...

And on and on it goes. It still works, but only if you hold the wire in a special way and tilt your head and don't move. It's the worst way to die. I'd rather they were run over by a truck.
Especially after holding my neck stiff for an hour on the bus this morning pretending that everything was just fine.

***
The Wrestler - A quick review
The finest performance by the back of an actor's head I have ever seen.

***
GTH - Ashleigh. And Adam gets one point and a further ten if I see the t-shirt. Twenty if wearing the t-shirt at Wimbledon. Kath was going to lose points, but I decided that watching Federer cry because he lost like the perfect sportsman he is was reward enough. Old Man Dom might have received a point if he had had the (peach) stones to comment instead of just emailing.