Did you know that our middle names have the same number of letters?

Inspired by and posted on Jono's post about the Sydney Writer's Festival:

"I like Writers Festivals for the hilarity of watching the middle-aged book-reading crazies, even after being told to keep questions brief, frame their own questions with a personal history that inevitably begins with:
My favourite Writer's Week moment was when Robert Fisk was roundly applauded after he told a man to go away and stop talking because the man had, after making a very long speech about how he and Robert Fisk could quite possibly solve all of the world's problems through a meeting of their easily-comparable minds and being politely interrupted, he grabbed the microphone off the next question-asker.
"I'm not finished!" he yelled into the microphone as he and the next senior-citizen bodily wrestled each other for the final three-and-a-half minutes of question time. This isn't an exaggeration - take about five years off those two fellows and they would have been throwing punches among the sunhats and signed copies. And this was after an hour-long, extremely fascinating and convincing talk by Robert Fisk, world-famous war correspondent, about the pointlessness and futility of violent conflict.

Advice of the Indefinite Time Period

I was going to blog about a number of things:
But instead I've just come across some of the best advice for a writer since "show, don't tell". In an interview with David Elfick, director of the new film Two Fists, One Heart. He and the writer, Rai Fazio, spent ten years in script development and his wisdom runs thus:

All writers, print this out large and stick it up in your workspace. Get it tattooed across your knuckles.

***
GTH - River, of course. I'm just in awe. And my I also take this moment to congratulate this long-time reader and commenter for topping 30 points in the GTH table!
Posted by franzy at 5:49 PM 4 comments:

Email ThisBlogThis!Share to TwitterShare to FacebookShare to Pinterest
Labels: writing

If it can't be used or operated with one hand while someone yells at you, it's as useful as a peddle-powered wheelchair.

Ditto any disposable item that comes out in a big, clingy string, rather than one wipe/nappy sack at a time. Kleenex tissues can manage it. Jatz Crackers can manage it. Why can't you?

I guess you become an officially-sanctioned member of the Great Club of Parents the first time your own child shits in your eye.

Welcome to the world, my son. Your mum and dad are very happy to meet you. 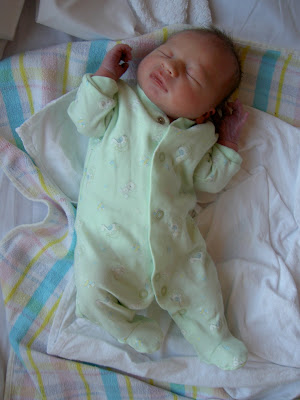 Email ThisBlogThis!Share to TwitterShare to FacebookShare to Pinterest
Labels: Charlie

I'm probably the only person in the world who reads spam, let alone examines it thoroughly. I once received a spam from a character in my Masters novel. I had been busy editing her all day and when I decided that she had had enough, I opened my inbox only to find a saucy little missive from someone I knew as a professional woman, single mother and faded lady of the seventies offering me cheap drugs.

Today I was lucky enough to receive an offer of a free university degree. Ten years too late! But seriously, I must share a few choice quotes:

"These days buying a degree is a matter of personal motivation."
I had assumed that it was the opposite, but what do I know?

"... it might be that the degree that you want is only offered by a institution which costs a fortune. So you have to leave your place, look for accommodation in the University's place and do all the other stuff involved costing you tons of cheeze. "
No wonder we're all in such deep financial shit. We've been sinking our money into bonds and real estate while squandering all our treated diary products by smearing them on bikkies.

"Having a University degree is very important these days, and as always in life you should only stick with something you want."
I'm assuming here that the "something you want" with your fake Uni degree is unemployment and perhaps a little civil action and possibly a smidgeon of gaol time. I wonder how long after the shit hit the fan, the planes hit the ground and the heart monitors hit zero would your fellow workmates start asking you some more probing questions about where you learned to do a transplant without even having to wash your hands first?

"Beware choosing to be something just because it was the only good degree your local institution offered. After all, you are only going to be good at your job if you like to do it. Thus, you have to get a degree that means something to you."
Although it is spam, this is the best advice I've had in a while. It speaks to passion for education in a person's soul and against the restrictions wealth and class can place upon that passion. Tally-ho. Tally-ho for spammers!

***
GTH - Shippy and River for giving it a red-hot go. None to Moifey because he was there when I took the picture.
My suggestion: "There's nothing casual about casualty, motherfucker."

Email ThisBlogThis!Share to TwitterShare to FacebookShare to Pinterest
Labels: education, employment is for chumps

How come you're not supposed to leave sun-screen in the sun?