No, it's not a euphemism for number threes.

Did y'all even realise that the boy tweets?
Posted by franzy at 5:25 PM 3 comments:

Email ThisBlogThis!Share to TwitterShare to FacebookShare to Pinterest
Labels: Charlie

No one reads this either

Major scandal: At last week's state election, a Labor politician got in trouble because some volunteers were handing out How To Vote cards at polling booths upon which were written something like:

Put Your
FAMILY FIRST
Authorised by Labor party candidate, Michael Blogs.
And everyone is up in arms and legs. Can I get this straight, please?
Yes, they didn't have red t-shirts on, like Labor party commies, but light blue ones like Straighty One-Eighty Family First bible-bashers.
Yes, the card did say 'Family First' on it, quite prominently. But who are we protecting here?
People who can't read?
In that case, how could our disenfranchised and duped illiterate brothers and sisters read anything on the card? Let alone the crucial words "Family First"?
So the people who are getting duped by these dodgy How To Votes, can read? Is that right? What's the problem then?
Oh. They don't want to read. Not too much anyway. Just enough to get that time-wasting, three-yearly chore out of the way without feeling like someone's going to force them to hold hands with a homosexual person.
Democracy: in, out, back to three more years of reading the sports section first and recycling everything else (you know, the sections where the people in ties don't have backdrops stippled in sponsors' logos). Let me put it another way: did you know that literally millions of people get killed fighting for dreaming about the possibility of having the opportunity to get handed a How To Vote card?

One that doesn't look like this.
And you're moaning because some prankster handed you a fakey and you didn't read it properly and wasted your vote? If you care enough to complain about voting for the wrong guy and looking stupid, then it follows that you would probably care enough about the whole process to take more of an interest and actually read what's put under your nose to, you know, avoid looking stupid.
But I'm obviously wrong there.
Posted by franzy at 5:35 AM 3 comments:

This weekend I:
So, if someone asks you "Who da man?", you tell that person "Franzy's the man. Franzy is."
Or, if you're more in tune with the late great George Carlin, say "Who da man? Not you! You da fuckin' honky!"

It should also be noted that I prepared a lovely pumpkin soup, shopped for vegetables and plum sauce, did the vacuuming, changed a bunch of nappies, administered shoulder rubs and tended the bonsai.
Posted by franzy at 5:43 AM 5 comments:

Email ThisBlogThis!Share to TwitterShare to FacebookShare to Pinterest
Labels: manly

That, and being drunk

Almost nothing else makes an idea for a good blog disappear faster than sitting down to write it.

Writing the first sentence and waiting a second, brilliant sentence to appear before losing patience and hitting 'Publish Post'.

After Charlie had a few sick nights last week and I was reminded of the good ol' days back when he was hungry every two hours without fail, I was also reminded that I probably would have traded anything for a solid amount of sleep.
It's not the same heroic feeling of making it through to the morning light when you were a kid. It's not even that hilarious panic that sets in when you trudge home from the pub and look up to see the palest blue leaking into the night and you know you've got work in twelve hours.
It's probably more akin to the inevitable horror that torture victims must experience when they see the bolt-cutters and realise that they have plenty more extremities. Every corner in your body and mind begins feeling like it's been vigorously rubbed with sand-paper and you're just as cheerful about the whole thing too.
Posted by franzy at 4:39 AM 5 comments:

Email ThisBlogThis!Share to TwitterShare to FacebookShare to Pinterest
Labels: not writing, sleep, work

You could say the answer was blowing in the wind ...

While telling a story, how many times can someone say "to cut a long story short" before it becomes redundant?
Yesterday, I counted four.
Posted by franzy at 6:49 PM 6 comments:

Email ThisBlogThis!Share to TwitterShare to FacebookShare to Pinterest
Labels: work 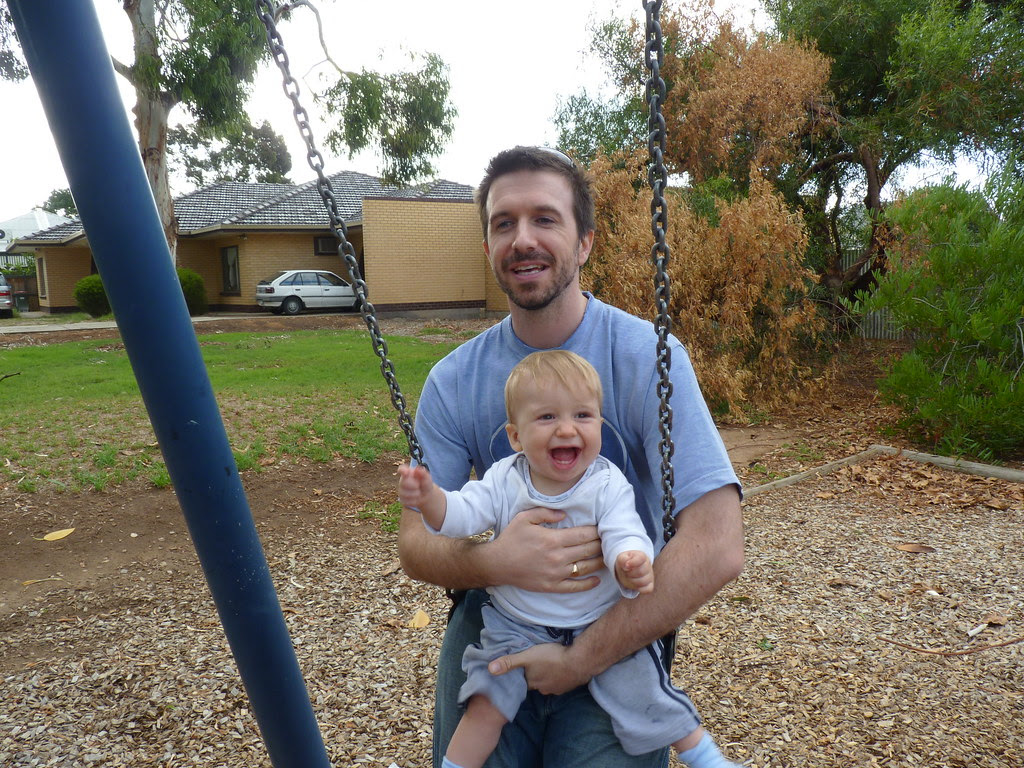 And now he is one.
He got brownies and juice at the park. 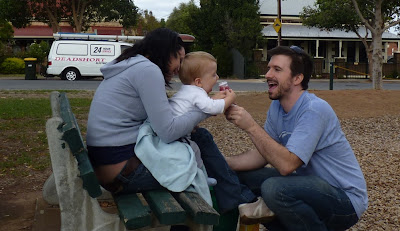 And looked at planes with Mum. 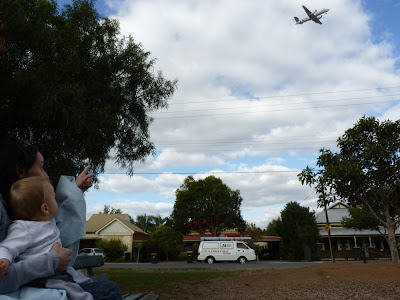 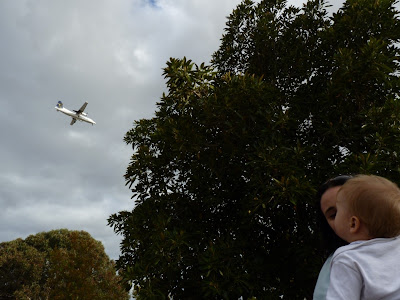