Look out for the next picture in the series: "Charlie reading this blog post" 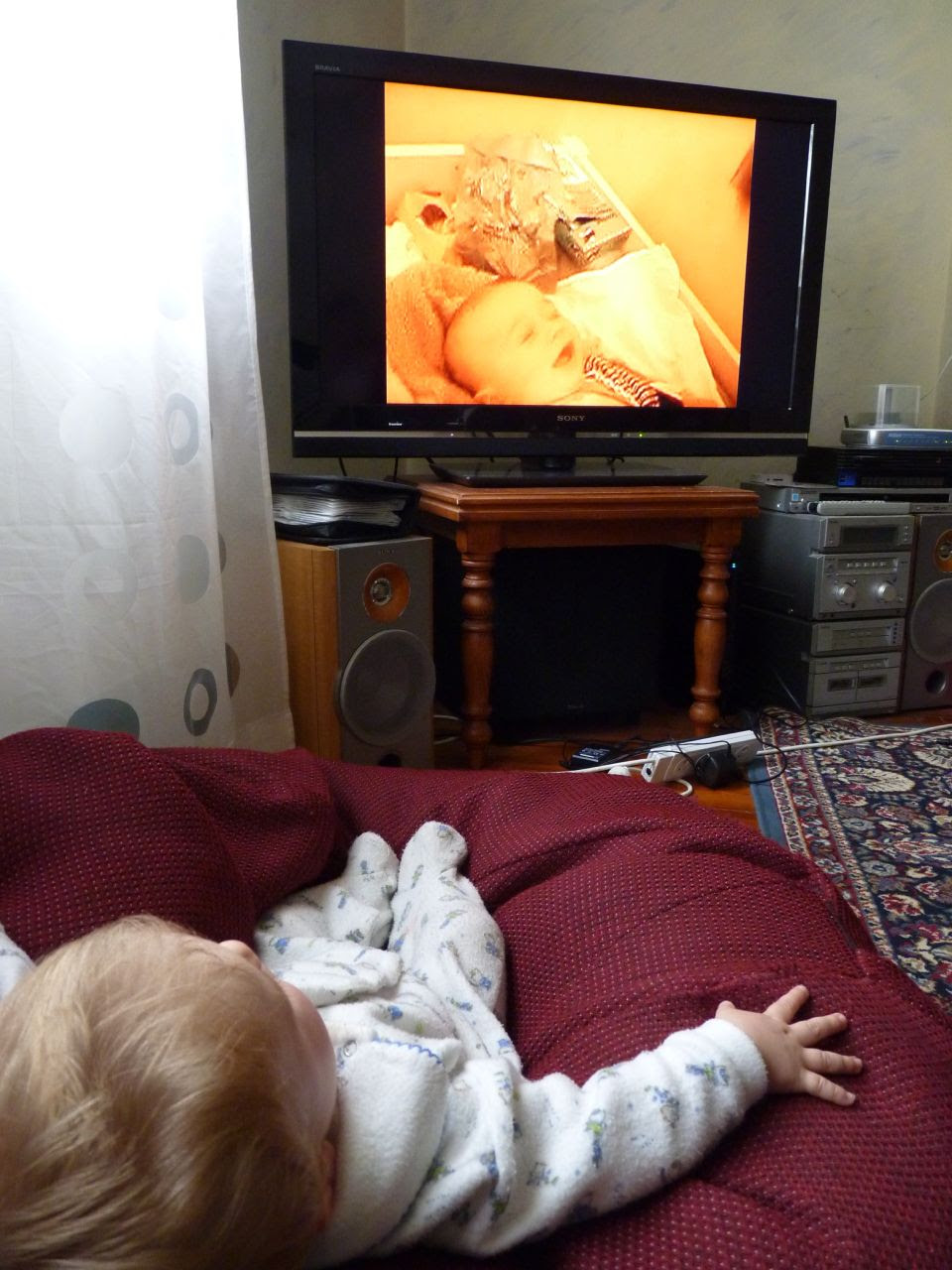 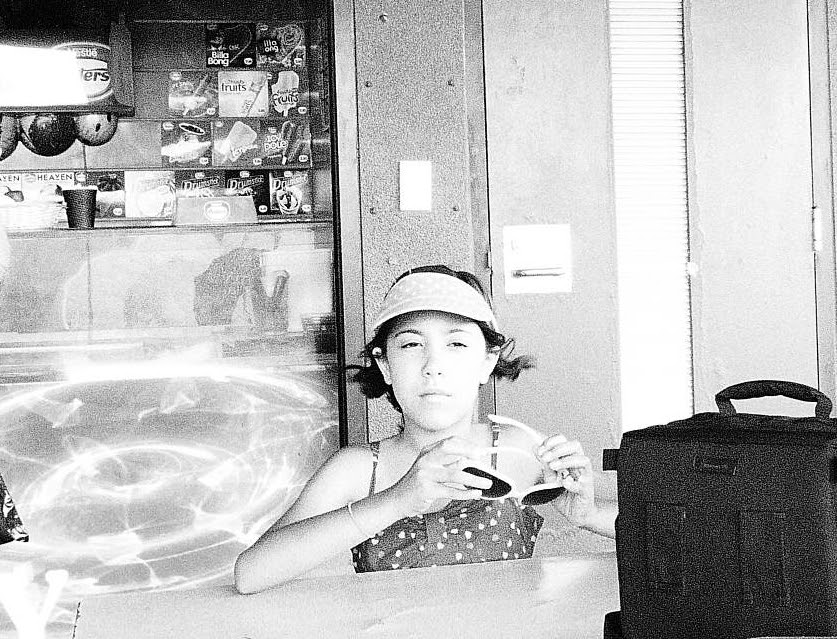 This is my friend's daughter.
Posted by franzy at 7:14 AM 1 comment: 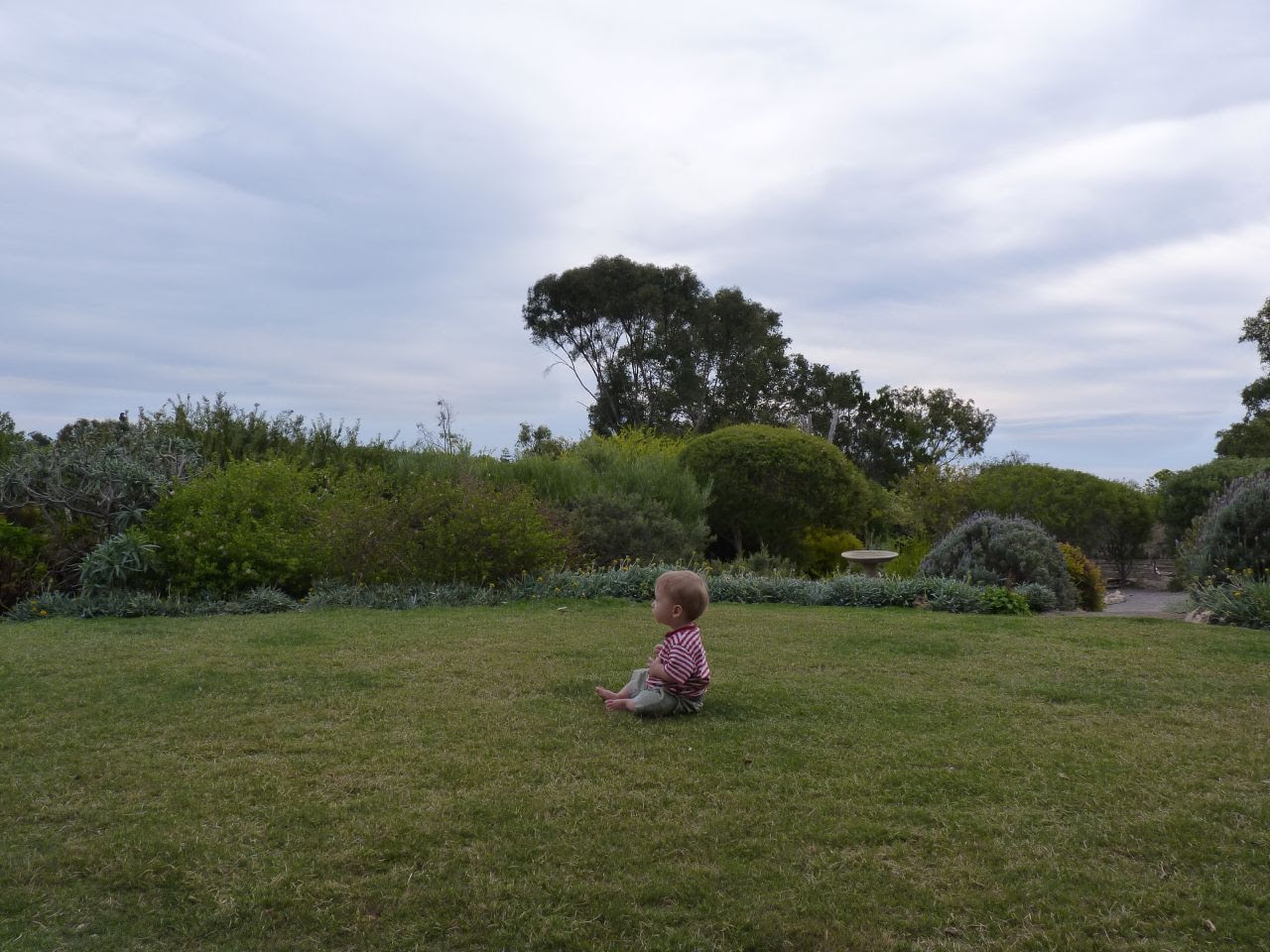 It's not a hiatus, I'm just bizEH

This is a tree and a sky. It symbolises colour and loneliness simultaneously. 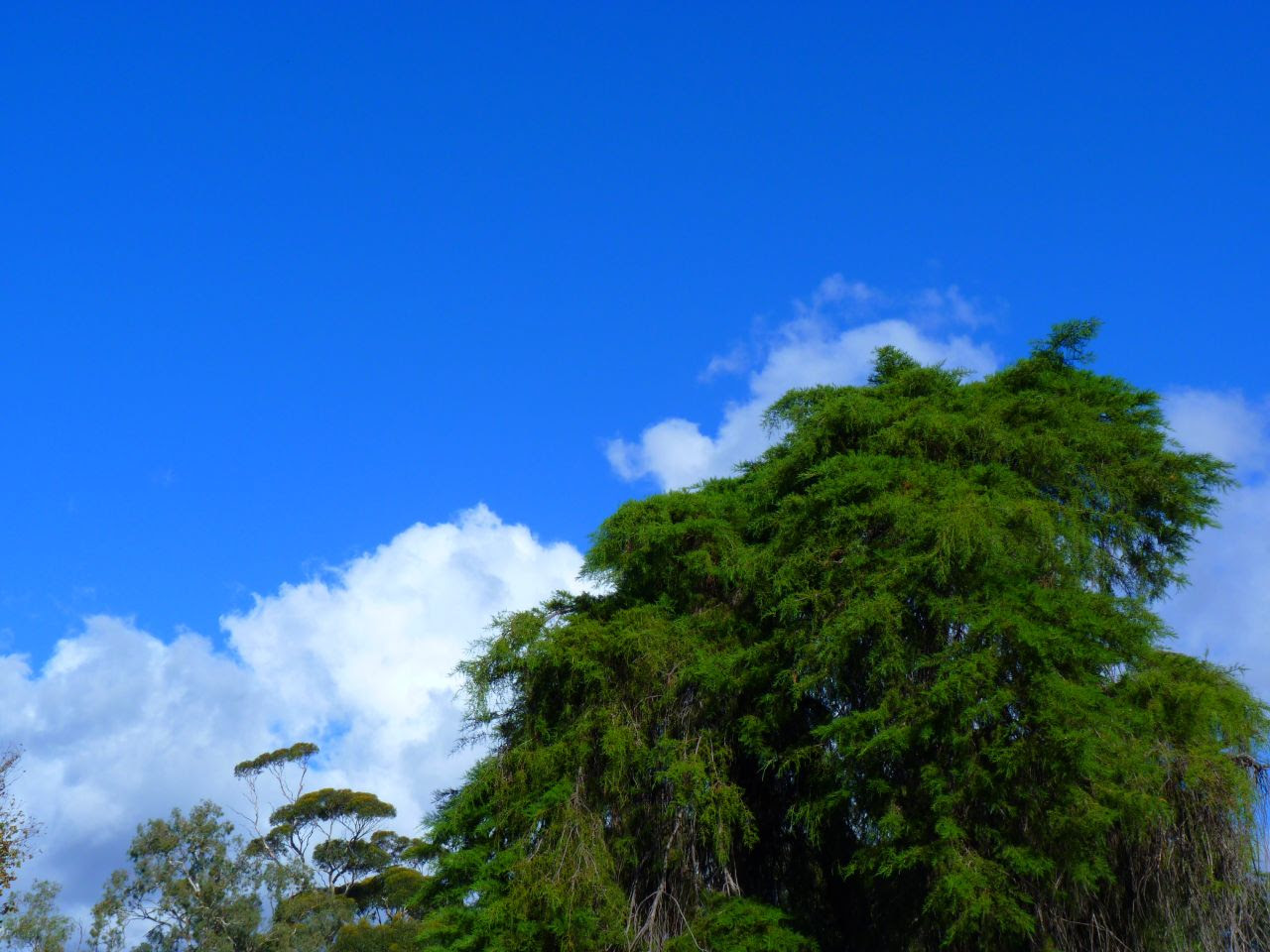 Email ThisBlogThis!Share to TwitterShare to FacebookShare to Pinterest
Labels: photography

... enough to be quoted on a real published author's website!
It was more fun to write scathing reviews of books whose authors I would never meet in a dark alley, but it also gives a little flush when someone likes a review.
You too can gaze at my words of wonder here.
Posted by franzy at 7:14 PM 4 comments:

Quick review of Where The Wild Things Are movie

BOW-WOW.
What a complete dog of a film. And not those dogs which stay with you forever, even though they only live for fifteen years and the last two or three are a bit iffy because of canine dementia. I'm talking about the kind of dog that has fleas which live in warrens of mange on its bum. The kind of dog that chews its genitals, loudly, for hours, next to the dinner table, while slowly releasing something liquid onto the carpet.

It was that bad. Don't see it. They managed to turn a delightful children's book into a story about a bunch of whinging Gen-Xers who are over-sized muppets. The monsters literally spend the entire movie talking about what a bummer their lives are. Or something. We fast-forwarded most of it. There was no story, no drive, no interest and the magical land that appears as a forest in Max's bedroom is replaced by "and then he gets in a boat for some reason and travels to an island with various bleak landscapes." It was as magical as an IGA car-park at 6pm on a Sunday.
Posted by franzy at 7:15 AM 4 comments:

It's night. You're about to go to bed with your copy of Freakonomics. But you're thirsty. Real thirsty. Parched. You don't want tap water, you want rainwater tank water and the jug is empty.
You go outside to the tank.
It's a cool night, and quiet. Easter holiday madness is over and at 10pm it even smells like everyone is returning to work; there's a definite whiff of washed work shirts and pre-made cheese, tomato and depression sandwiches cooling in the fridges of the neighbourhood.
You're about to fill the jug, but you hear something. Like someone coughing ... or are they lifting something?
Nope.
Your next door neighbour is a single guy, about 50, lives alone. Plays guitar and is very involved with naturopathic healing and stuff. He's also six foot three and lifts weights. A lot of weights. When he says he'll watch your house while you're away, you don't even worry about shutting the front door.
And he is getting laid.
Right in his laundry, by the sounds of it. It also sounds like, even though it's a wildly-abandoned/laundry-based bonk, the sound of a thirsty, slumber-bound neighbour filling up a water jug bare metres away will kill off most of the eroticism built up by the close proximity of all those detergents and bleaching agents.

What do you do?

A) Go to bed thirsty, but happy that your neighbour has found Love in the Laundry.
B) Fill the jug. Stuff it. If they can fuck next to the mops and buckets, they can probably focus their attention elsewhere while I'm getting a drink.
C) Fill the jug very quietly. Which, of course, will get you a drink without interrupting the mood, but the prolonged exposure to The Sounds of Intimacy will result in you having the image of a body-building naturopath shagging on his washing machine floating through your mind while you're trying to enjoy Stephen Levitt discussing the parallels between the rising instance of abortion and the decline in crime rate in American citites.
Posted by franzy at 6:57 PM 7 comments:

Email ThisBlogThis!Share to TwitterShare to FacebookShare to Pinterest
Labels: not writing

Seriously, why the fuck have we not stormed parliament regarding the fact that because this is a Christian holiday the rest of us (and there are a lot) aren't allowed to buy alcohol?
Yes, it's true, last year I pretty much ruined day one of a family holiday because I bitched and moaned and whined about the same situation.
'It's okay,' I reassured the Yorke Peninsula general store/bottle-shop owner 'I'm not a Christian.'
'Sorry, mate. It's the law.'
'But ... but ...'
I wish I had said more. Or broken something. But it wasn't his fault. He should have just turned the other way while I left twenty bucks on the counter until the next day though.

No, I don't actually want to go out and buy beer on Good Friday especially. I just don't want to have to live in such a back-wood, no-string-banjo kind of country where religious freedom is a right, as long as you observe just one group's one kookie rule. Which you don't have a choice about anyway, because it's the law, just like not molesting children.

Seriously though: Rove did free tomato sauce day. Why can't we have Ring It Through On Easter Saturday Day?
Posted by franzy at 7:43 AM 2 comments:

Maybe I should have just gone to bed

Then there was the time when I was working on my PhD's literature review, gathering all these sources and awesome quotes, and I was pretty tired and not really thinking clearly, so I decided to do something non-brain-heavy, like putting all my hand-typed references with page numbers into properly-linked citations using EndNote. So at about 11pm on Tuesday night I carefully and slowly went through my Word document, replacing the typed out references with ones linked to my bibliography. Then when I open it up the next day, it had kept all the citations (author, date), but not the page numbers I'd added in and assumed would stay there.
So I still know what book the quotes come from, but no longer which page of that book.
It's okay, I'll just have to read them all again and remember where they're from. There's only twenty-five or so - books, that is.
How hard can it be to find sixty or seventy specific quotes?
Posted by franzy at 1:53 AM 7 comments: